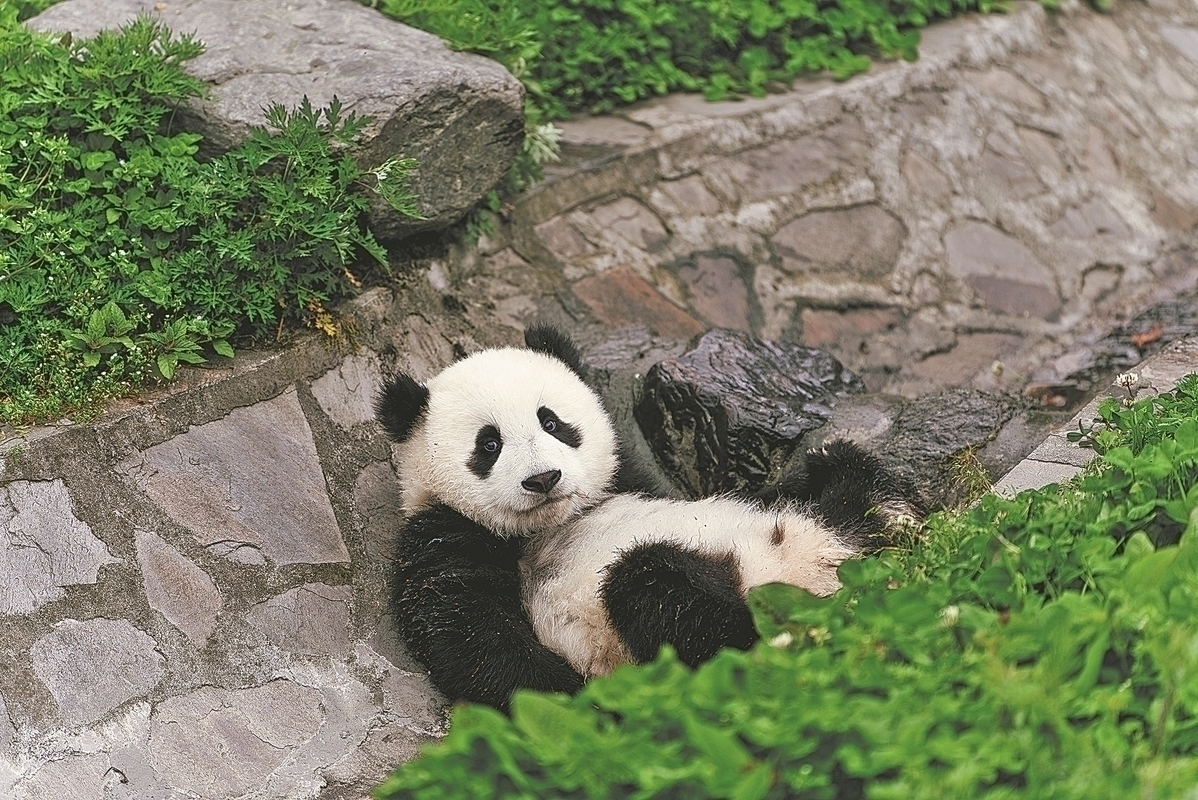 Researchers are pursuing the quality over the quantity of captive giant pandas through improved breeding methods and nutrition, and the number of captive pandas globally has nearly doubled over the past decade.

The number of captive pandas worldwide has increased to 673, as experts have mitigated the three greatest challenges threatening their population growth, according to the China Conservation and Research Center for the Giant Panda.

Low rates of mating, pregnancy and cub survival are issues that have largely been overcome starting around 2000, said Li Guo, head of the panda food supply department of the center's Shenshuping panda base in Sichuan province.

Improvements that have boosted cubs' health include measures related to milk, temperature and humidity.

"Keepers teach first-time mothers how to feed their offspring and help them defecate," Li said.

"Baby pandas are naughty and sensitive to tiny changes in food. So, it requires patience to care for them. Most newborns are twins or triplets, and a mother often only cares for one baby. As a result, the other babies would be left unattended," he said.

Keepers take care of those that are ignored and sometimes switch them for the favored cub in turns so the mother will nurture them, too, albeit perhaps unwittingly.

The center has provided 13 newborns with 24-hour care since June, following on-site and video monitoring of pregnant pandas.

"Most of the keepers are in their 20s or 30s and earned degrees in animal-related fields," Li said.

"They say that doing this work has made them more patient, considerate and skilled when raising their own children."

The center's director Duan Zhaogang said: "Developing a self-sustaining captive panda population aims at laying a solid foundation for the survival of artificially bred giant pandas in natural habitats and rejuvenating small populations in the wild. Over the past decade, we have developed a set of technologies for training pandas to be released into the wild and monitoring them."